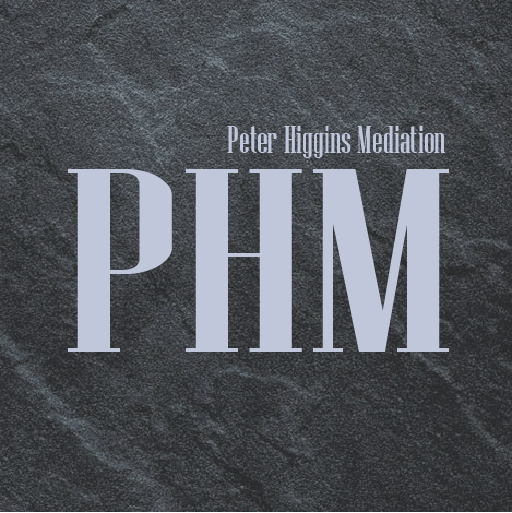 For most businesses, dealing with disputes is an unavoidable (and unwelcome) feature of existence.  Conflict can arise from third parties (such as suppliers, customers or landlords) and from within the business (for example at management level or between employees). The issues can be difficult to deal with, and consume frightening amounts of time, finance and other resources. Handling disputes effectively and efficiently is therefore critical.

Sadly, commerce in the UK was long ago conditioned by a culture of litigation: traditionally, when a dispute escalated so that we felt unable to resolve it ourselves, our default response was to pick up the phone to our lawyer / solicitor and demand legal action, with all too predictable results. It’s a shame that mediation, a dispute resolution tool capable of producing better results for all involved, was often overlooked. Until recently, that is.

The cost of going to court

Whilst going to court does at least guarantee an outcome, it certainty comes at a heavy price. Litigation is usually expensive, not just financially, but also by absorbing the time and energy of those involved, pulling them away from more profitable activities, and often exerting a heavy psychological burden. It’s a frustratingly slow and rigid process that runs for months or even years on the public stage. It is by definition risky, and often delivers a result that is costly for all involved.

The grim satisfaction of having ‘won in court’ is usually the best that can be hoped for, and even that tends to come at a financial price in legal costs. It can (and usually does) damage relations and reputations beyond repair. The voices most heard are those of legal representatives and ultimately often in theatrical mode.

Mediation is a very different concept. Essentially a negotiation facilitated by a neutral third-party professional. It offers some obvious advantages. As a flexible process designed around the needs of the parties and the dispute, it can respond more directly to concerns and grievances, and deliver bespoke agreements that provide what the parties want in a way that is often well beyond the limited powers of a judge. It is confidential, protecting the parties from unwanted publicity, and by comparison to litigation is usually much cheaper and much quicker (typically representing a fraction of the cost and time of court proceedings). It is effective at protecting and even repairing relations, allowing parties to continue their dealings with one another afterwards if they choose.

Statistically, something like 85% of mediations are successful, meaning that the parties reach agreement in the overwhelming majority of cases. For these reasons, mediation is increasingly supported, and in some cases required, by the legal system. Judges are penalising parties who decline mediation without good reason, and for many experienced commercial litigation lawyers committed to protecting their clients’ interests, mediation is now the default response to an emerging dispute.

What’s involved in a mediation?

A mediation generally takes place over the course of a day or half day at a mutually convenient location following initial ‘pre mediation’ calls. It’s an informal process involving a series of discussions, sometimes involving all parties, sometimes with just the mediator, but with the parties remaining in ultimate control of the format. The aim is to explore the dispute and how to settle it in the way that works best for everyone.

Because it’s all without prejudice and non-binding, difficult subjects and potential solutions can be freely explored without risk. Where, as is the case in the vast majority of mediations, the parties reach agreement, they commit to it, and it becomes legally binding. And thus, the dispute is over.

Mediation is a remarkably effective process.  Its shift into the dispute resolution mainstream, especially for large corporates, is old news; it appears increasingly inevitable that, in due course, mediation will be preferred over litigation by most parties in all kinds in dispute.

Amongst the small business community mediation is deployed less often than it should be. This, it seems, reflects a lack of awareness. And yet, as I explain above, there are good reasons to treat mediation as the first port of call when things start to go wrong, whether in relationships with others, or within the business. One way of insuring this is to include, within contracts, a requirement to pursue mediation before resorting to more adversarial forms of dispute resolution.

Failing that, the suggestion of mediation is often enough to alert those on the other side that there’s a better alternative to litigation. The earlier this happens, the better, before positions become entrenched and legal costs escalate.

“Peter had an excellent understanding of the key issues. His persona and commercial approach significantly contributed to both parties ultimately reaching an agreed settlement.”

“Peter’s extensive industry knowledge and experience, and his practical approach to mediation, guided the parties to a successful outcome.”

"Peter was absolutely fantastic in his role as mediator. He managed the process between both parties expertly and worked really hard to get this claim settled. He deserves a massive amount of credit."

“I was very impressed with Peter’s commitment to achieving a settlement. He kept the parties focused and maintained momentum whenever they were drifting apart. I will certainly be recommending his services in the future.”

"Peter has shown patience and insight, delivered in a calm manner when his assistance has been sought"

"In my dealings with Peter his clarity and clear thinking has helped me with a number of career decisions. He is excellent at seeing avenues for progress that are often closed off to others."

"Peter is inventive and persistent in creating possible strategies"

“I’d like to thank you for facilitating a successful conclusion; perhaps your initials should stand for ‘personable and helpful’. Or maybe ‘pragmatic and hortative’! Your relaxed demeanour and grasp of the issues in the case was also an important factor in enabling us to reach a settlement"